How to Set Boundaries: For Breathing Room and Space 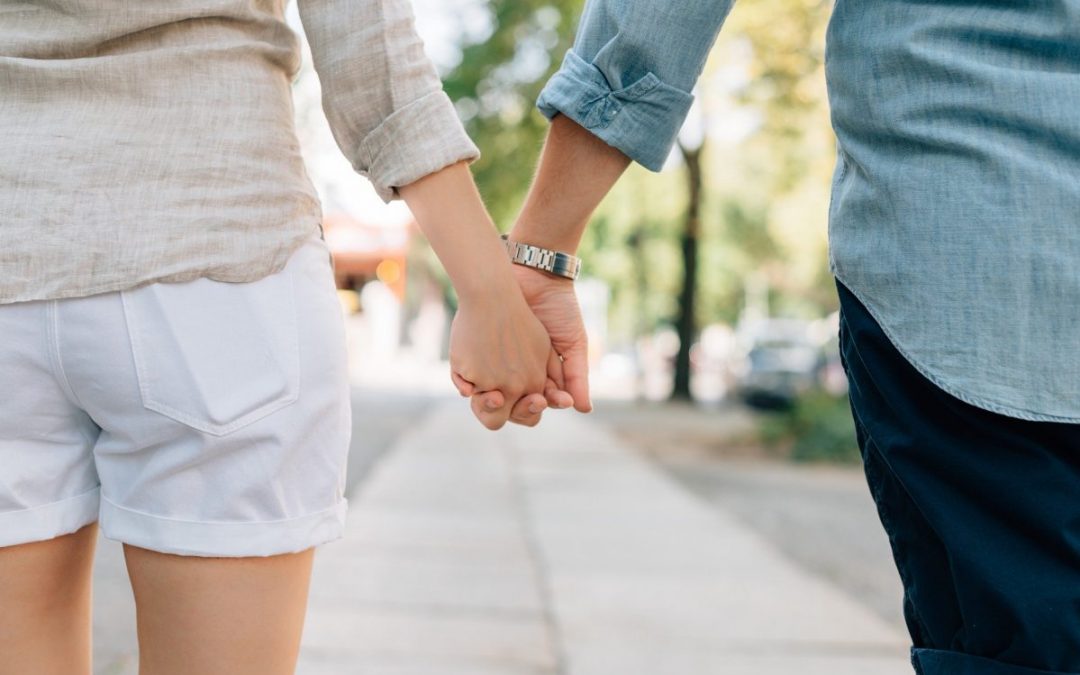 In my first Boundaries blog “How to Set Boundaries: Connect Inside First”, I ended with Lisa feeling an odd pressure inside to sometimes push her partner, Sean, away. These feelings came as a surprise. Lisa originally came in for therapy longing for more connection with him.

Sean and Lisa are a fictional couple I created to explain how the Integrative Body Psychotherapy (IBP) concept of energetic boundaries works. Any similarity to real persons is unintentional.

Lisa was two months into her weekly therapy with me and was excited about her progress. Sean was enjoying what was happening with her and became curious about what he could learn about himself. He especially wanted to experience the IBP boundary exercise and called me for an appointment.

In our first session together, Sean told me some of the interesting dynamics that were occurring in his relationship with Lisa. From his perspective, she now seemed “more comfortable in her own skin” which made her super attractive to him. He was beginning to feel that he could relax. Sean felt comfortable around her now that she didn’t seem to “need” him so much.

Their conversations felt more fluid and less about what Lisa wasn’t getting from him. Sean felt liberated and was excited to be with her again. He recognized that he might have his own “stuff” to look at. He asked if we could begin our time together with the boundary exercise.

I gave Sean the chalk. He eagerly, and with a flourish, drew a space that radiated at least five feet around himself. In comparison to Lisa’s small one-foot radius, the space he took was much larger. I remarked that he liked to give himself a lot of space. He sat down and surveyed the area he’d created. When I asked him how he felt inside, he laughed and said “relieved!” He looked genuinely happy and relaxed in his space.

Energetic Boundaries are Created at an Early Age

I picked up the “mother” pillow and asked him to imagine it as his mom. His face clouded over slightly as he shifted in his chair. “Oh, man,” he sighed heavily, “I love my mom, but she is always in my space!” I reflected that his energy had changed from light and free moments before to heavier and stuck now. He relaxed a little when he felt understood.

I asked him to set a boundary with his ‘mom’ by telling her “this is my boundary and you can only come in if I invite you”. He lightened as he complied with my request, but then darkened once I began moving “mom” towards his boundary line. I asked him to tell me when he felt something change in his body as I moved the pillow in. As “mom” approached within two feet of his boundary, I could see he was becoming agitated.

At one foot away, he firmly said “There, that’s close enough,” and put his hand out as if to say stop. I noticed he’d stopped breathing and said so. First, I suggested he check-in and take a few breaths, which he did. “I didn’t realize how much I tighten up and stress out when my Mom’s around me,” he exclaimed. “And this is only a pillow version of her! This is exactly how I was feeling when Lisa would tell me she needed me around all the time. I just couldn’t breathe. Thank God she came in for therapy. I was one foot out the door, even though I really love her.”

So, Why Do I Feel Suffocated When I’m In a Relationship?

I explained to Sean that early attachment styles with parents can create uncomfortable body-mind patterns. It appeared from the boundary exercise we’d just done that Sean’s mother may have been and still may be over-protective or controlling with him. Or, she may have looked to Sean for connection and validation. However their relationship developed (and we would be exploring this in more detail in future sessions), for now, I knew that Sean felt suffocated when his mom or Lisa approached for closeness.

Sean sighed, ”But what do I do when Lisa wants to connect and I feel this terrible pressure inside of me and want to run away? I love her and want to be close, but I also get this crazy desire to run for the hills when I feel her energy coming at me. It feels like a crisis inside of me.”

I pointed out that Sean now had a one-person body-mind challenge. The pressure was inside of him. He would have to learn how to identify when it was coming up and then use simple calming and soothing techniques to ease his internal stress.

First, we established what was underneath Sean’s fear of suffocation. What he really wanted was to feel connected with Lisa (and with his mom). He realized that his body-mind response of suffocation was an old feeling developed early in his childhood when his mother most likely felt alone. Unintentionally, her longing for connection became an energetic vortex pulling at Sean’s young and natural desires for separation, individuality, and autonomy. Instinctively, Sean developed the coping strategy of hiding and running away from her energy to feel who he was. This early relationship patterning created a misunderstanding about the nature of love and intimacy within Sean.

Secondly, I reminded Sean that his knee jerk reaction to Lisa’s approaches was to stop or limit his breathing. He laughed and said, “I guess I could take some deeper, fuller breaths to calm myself.” I smiled and nodded in agreement.

“Lisa knows about using the breathing to calm and soothe herself too. Perhaps you could simply say to her that you’re feeling that old suffocating feeling. Then you could do some breathing together,” I suggested.

“By opening up and sharing what you are feeling, you are being more real and vulnerable. Sharing your feelings will help you know and accept yourself on a deeper level. It will also help Lisa know you. Together, you can come to an agreement – she wants connection, you need some space. Is there a way you can both get what you want? Maybe you agree to connect later on in the day when you’ve had enough time to have your space and then you can both enjoy the anticipation of being together.”

Setting Boundaries Can Bring You Closer

Sean left my office that day with new clarity about himself. He could relationally ask for the breathing room and space he needs without hurting Lisa’s feelings.

This made her much more attractive to him. Sean laughed as he told me that now Lisa was “holding her own” as he put it. Suddenly he was finding that he couldn’t get enough of her! He was discovering that when he wanted a connection with her, she didn’t always want to connect with him. “I feel like the shoe is on the other foot now,” he said as he scheduled another session.

Setting a Boundary Doesn’t Have to be a Crisis

If Sean’s story describes you, it’s not a crisis.

Softening into a beginner’s mind, increasing your self-awareness, understanding your energetic boundaries, and developing some tools and skills will help you relax your tension. As you develop more flexible boundaries, you’ll be able to enjoy the connection and intimacy you really want.

The beauty of Integrative Body Psychotherapy’s boundary exercise is that people like Sean and Lisa had a visceral and conscious experience of their own energetic boundaries. The same boundaries that manifest in their intimate relationship.

By making this typically unconscious dynamic conscious, Lisa and Sean can navigate their relationship in a way that fosters their connection. Neither one has to compromise the love they really want. Now both of them can enjoy the closeness and intimacy that a long-term monogamous relationship provides.

Sean and Lisa came to understand that this push/pull dynamic in relationships is normal. Like Sean and Lisa, many couples’ conflicts center around one partner’s longings for connection and the other’s need for breathing room and space. Learning how to navigate your personal boundaries in a relationship is one of the keys to building a better, more loving relationship.